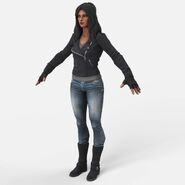 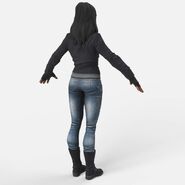 There is a petition[1] to have her as a playable champion:

A Reddit post[2] by TheRealTurdFergusonn states that "She's been in the game files for a really long time, and has actually been in more quest storylines than M.O.D.O.K.. Back when she was datamined, it was discovered she was a complete clone, move set-wise, of Black Widow, and the player base at that time complained about yet another clone so Kabam did not release her."

Some players hoped that she would be included in the game when the Netflix series The Defenders airs, which was since August 18, 2017, but it did not happen since the update that time was the Sinister Six update. Other players even hoped that they'd get Jessica Jones either through a new character debut or in-game reward.

Here are reasons why I think Jessica Jones should be introduced as a playable character in MARVEL Contest of Champions:

Community content is available under CC-BY-SA unless otherwise noted.
Advertisement